First I’ll show you the photo of Wilbur and Fern. 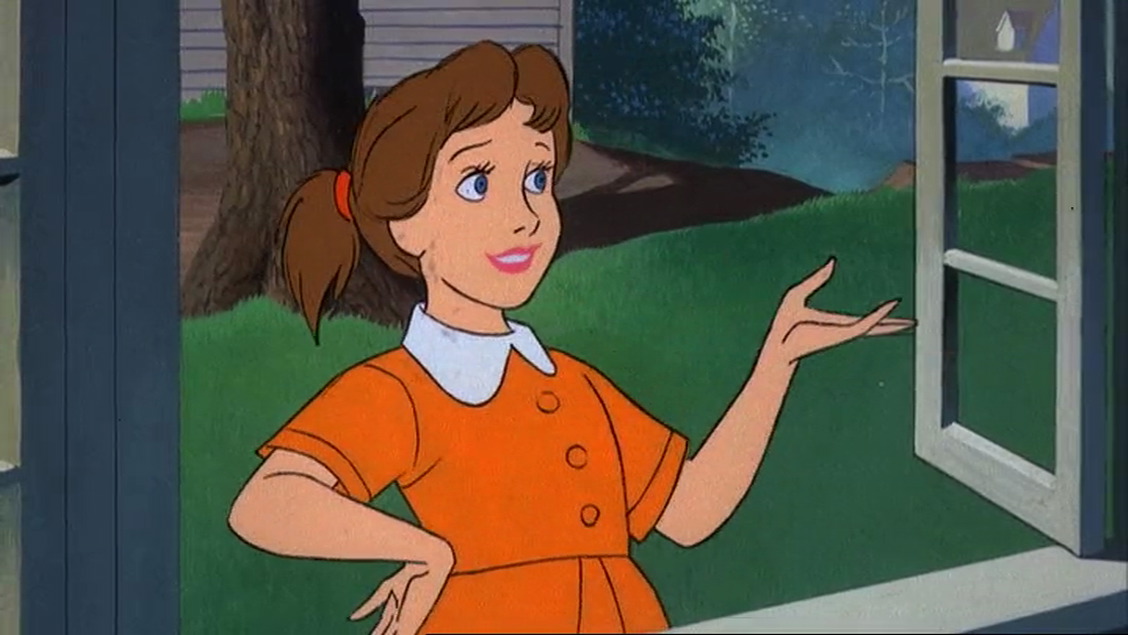 So there was a pig named Wilbur and it was a runt.There was a young wise small girl who was 9 years old whose name was Fern.It was a warm morning and the father was going with a Axe. The small girl asked her mother.

Fern:Mother,why is father carrying a Axe.

Mother replied in this way

Mother:There were some pigs born last week and one of them is a runt.He is taking the Axe to get rid of it.

Fern suddenly opened the door and ran to her father.She pleased him not to kill the runt but her father said “Stop it!I know more than pigs than what you do.She still pleased him a lot and he finally said OK and he also said that she could rise the pig as he wanted her to know the problems a runt create.

Then afterwards before father had breakfast he gave a box to Fern.Could you guess what was in the box.There it was the runt which Fern saved.He(Wilbur)first was raised next to a stove which was warm.Fern used to feed him three to four times a day.Afterwards he was raised in a small house built by his father next to a tree nearby the house.When he was six weeks old the father told Fern that she had to sell the pet to her uncle living down the road.She didn’t wanted to sell Wilbur but her father told her that even if you sell him your uncle just lives down the road and you can see him frequently.She did as she was told and the pig was sold to her uncle at a price of $60.

They took Wilbur to raise him and eat him on Christmas.They raised him very well.He got a friend named Charlotte(a spider).So as she knew that he would die on Christmas she told it to I completed my fifth blog.Could you review it by tommorow? pleased her to save him somehow.Then Charlotte started thinking a lot and she got a idea.Can you guess the idea?He started weaving different words on the web and it actually worked.The owners got surprised that he did it and all the media came and took photos of it.

She weaved some words over there too.And Wilbur won first place because of that.Fern’s uncle said I knew that you can do it.First Wilbur was given good food and secondly he was given a fluffy bed too but no one knows it is all Charlotte’s hard work.

The next day morning Charlotte was about to die.She was talking to Wilbur.But Wilbur didn’t understand anything.She closed her eyes.Then Wilbur under stood that she died.But Wilbur closed his eyes and put her on his eyes and she started gaining energy and she became alive.This is just like a miracle. Isn’t it?On Christmas they didn’t kill him.Charlotte and Wilbur lived happily as friends.

HOPE YOU ENJOYED THE STORY AND IF YOU WANTED TO READ THE WHOLE STORY READ THE BOOK.I CAN TELL YOU IT IS VERY INTERESTING.